22 March 2021 - The installation “Monstro Marinho” ("Sea Monster"), created by the group of artists Skeleton Sea, is officially opened today, March 22, World Water Day. The main goal of this initiative is to alert to the excessive use of disposable plastic.

DPD Portugal, in association with #PURIFY movement led by the company ECO - Água Filtered, collected 12 tons of used disposable bottles, delivered by the population from north to south of the country in the Pingo Doce stores and in the ECO-Schools chain, to give shape to an artistic installation with over 50 meters. This installation, which symbolizes an icon of the #PURIFY movement, was shaped by the hands of the Skeleton Sea and can be seen at Doca dos Olivais, next to the Lisbon Oceanarium.

The “Sea Monster”, the name given to the installation, represents something that is not mythological: the “monstrous” volume of plastic in the oceans. The artistic direction of Skeleton Sea, a group of artists and surfers with a strong connection to the sea, headed by Xandi Kreuzeder, makes the message intended to be tangible and real: 12 tons of disposable plastic recreate a “Sea Monster” with more than 50 meters long, which hints that humanity is literally being "swallowed" by its own plastic.

"This project is clearly part of the DPDgroup's Corporate Social Responsibility program, DrivingChangeTM, under which we have been carrying out several initiatives bearing in mind that we work together with the Community, in favor of build a better planet. After all, we all share the same address!”

The #Purify movement is promoted by ECO - Filtered water and has the support of Oceanário de Lisboa, Pingo Doce and the Eco-Schools Program. The Parque das Nações Parish Council, DPD, Planetiers World Gathering, Grupo Impresa and the Olympic Committee are also partners that joined this movement.

The movement was born with the intention of alerting the Portuguese to the serious environmental problem caused by the excessive use of disposable plastic and to mobilize them to choose environmentally friendly products, remembering that 6 billion PET bottles are launched into the oceans annually.

Despite the constraints of the current pandemic, the Portuguese played an active and decisive role in delivering their disposable plastic bottles at the 530 PURIFY collection points, available at Pingo Doce stores and at 150 ECO-Schools, which resulted in the collection of 12 tons of plastic, about 300,000 bottles, the central element of this work.

“The volume of collections reached for the launch of the movement and this piece exceeded our expectations, making us believe that this pandemic has not totally stopped the environmental message. ECO, as a brand that has an environmental purpose, believes that it can help to change mentalities and that led us to create #PURIFY, a movement that aims to be bigger than the brand itself, actively intervening in the community, through environmental awareness actions and mobilizing the population to adopt more sustainable consumption habits. As art is a powerful way of spreading a message, the first step was to create an impactful piece, which will enter the urban art script and, in parallel, pass on the message of the urgency to change habits".

Xandi Kreuzeder, as project leader for Skeleton Sea, points out that:

“When ECO launched this challenge, the creative concept that we were going to allocate to this work was almost immediate. We had to create a “Sea Monster” because that is precisely what we feel when we see plastic on our beaches, coast and sea: it is a monster much bigger than we think. In other times, there was the concept related to surfing which was ‘Destroy the waves, not the beaches’. But now the scale is much bigger and more worrying because it's not just the beaches, we are talking about our oceans, our ecosystem and our public health. Next to the Lisbon Oceanarium Lake, we only had one idea: we are facing a real Monster much bigger than our imaginary. The difference is that here nothing is mythological, it is real.”

Group of artists and surfers, with a strong connection to the sea and who present themselves as natural ambassadors for the protection of the oceans. The group joined in 2005 to create a “green art” project. It is a type of art with a very distinct style, using beach garbage and debris, collected on the beaches. The artistic interpretation and composition of these materials gives them new life, forming unique pieces of art. The importance of keeping the oceans clean and respecting Mother Nature is the message they want to communicate through the works of the Skeleton Sea.
With proven track records, they have already participated in several exhibitions in Europe, having been partners of the Lisbon Oceanarium in various initiatives. In this project developed in partnership with the #PURIFY Movement, artistic leadership is led by Xandi Kreuzeder, with the assistance of Dado and Joakim, as well as other volunteers who, because they identify with the Movement, wanted to join and contribute to their work.

Xandi Kreuzeder was born in 1962 in Munich, Germany. After a decade of career among the windsurfing elite, Xandi moved to the other side of the lens and worked as a freelance photographer for extreme sports, sports fashion and outdoor sports. A naturally talented craftsman, Xandi has a passion for sculpture using recycled materials. He has been involved in several artistic projects in the past 20 years and is currently the artistic leader of the Skeleton Sea projects.

ECO - Filtered Water is a sustainable brand that reinvented water consumption in a more responsible way. It belongs to the New Water Project, a Portuguese company that intends to rethink consumption habits, create greater environmental awareness among consumers, thus being able to contribute to a more sustainable Planet. ECO bottles were developed with the aim of being reusable and thus being able to contribute to the reduction of non-biodegradable waste. In addition to standing out on the market thanks to their appealing design, ECO bottles are available in 1.5L and 3L formats, are made of PET (BPA Free) and have a UV filter that protects water from sunlight, protecting and guaranteeing its properties. ECO Bottles can be refilled with filtered water at Fonte ECO, present in 140 Pingo Doce stores across the country.

DPDgroup is the largest parcel delivery network in Europe.
We combine innovative technology and local knowledge to provide a flexible and user-friendly service for both shippers and shoppers. With our industry-leading Predict service, we are setting a new standard for convenience by keeping our customers in close contact with their delivery. With 97,000 delivery experts and a network of more than 58,000 Pickup points, we deliver 7.5 million parcels each day – 1.9 billion parcels per year – through the brands DPD, Chronopost, SEUR and BRT.
At DPDgroup we aim to be a reference in sustainable delivery and become a leading enabler of e-commerce acceleration.
DPDgroup is the parcel delivery network of GeoPost, which posted sales of €11 billion in 2020. GeoPost is a holding company owned by Le Groupe La Poste. 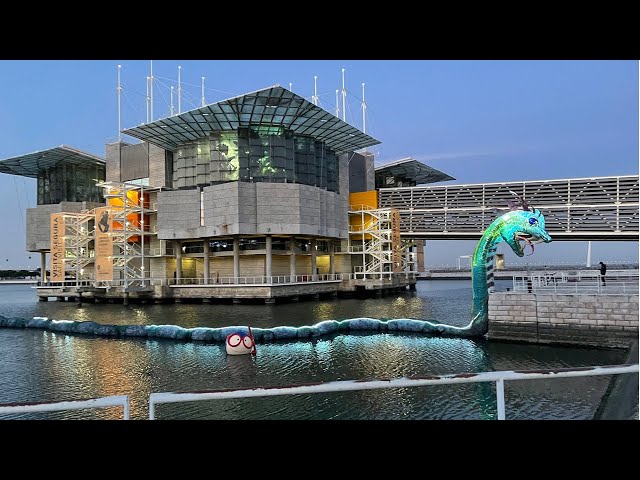