Two years ago, we moved into our current head office, located just outside Eindhoven. At the time, we had already included an expansion in the design. Yet even though we’d expected this to happen, the build has come earlier than anticipated. This is because of the enormous growth we are currently experiencing. Willem Boetzkes, Manager Real Estate, explains.

"The hall we are building now is actually an interim situation. It will add around 2500 square metres and the new space will be used to better manage peaks. It will also, for example, enable us to deliver non-standard parcels quickly and with the right level of service. As soon as the new hall is in place, we will start building the rest of the expansion. This will be completed by the end of 2022 or beginning of 2023.

In January, the first piles went into the ground. Meanwhile, the skeleton frame has been erected and the facade panels are being installed. We expect the machines to arrive in October. We will then build and test them, while at the same time putting the finishing touches to the building. Everything has to be completed in the first week of November, because that’s when the new peak around Black Friday will begin.

While the construction work is underway, our shop remains open as usual. The sorting machines are still running, which is actually very special to see. Soon, for example, the floor will be poured into the new hall. Fifty concrete lorries will then come and go within the space of ten hours. We’ll carry out these logistics on the day while also sorting some 300,000 parcels.

Looking after people is a top priority at DPD. Therefore, there the expansion will also include an area where international drivers can refreshen up and relax. Often the only facilities available to drivers are those at petrol stations. But at DPD we think these are too limited. So there will be showers and toilets as well as a pantry with good coffee and microwaves so that the drivers can heat up their food. DPD is unique in this way." 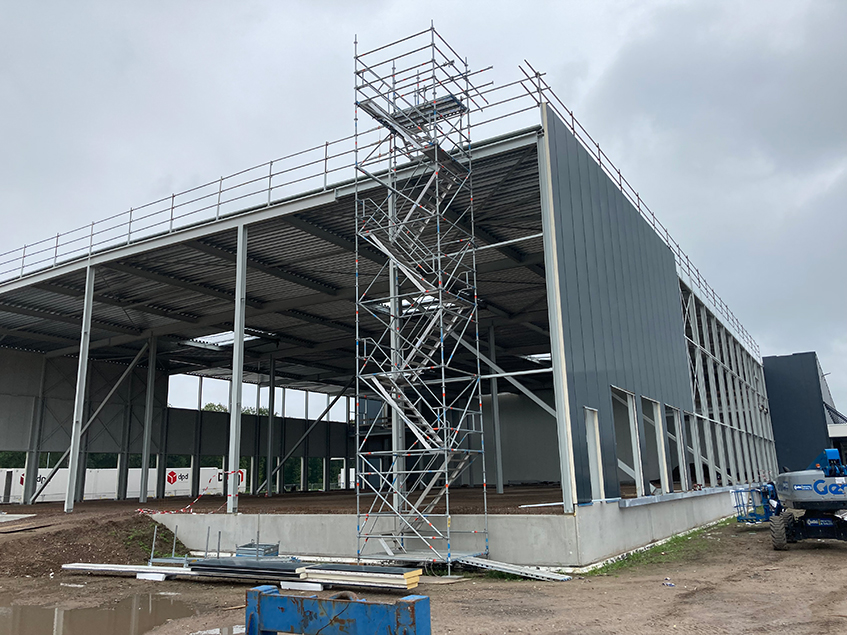