Dedicated to supporting our communities worldwide

Dedicated to supporting our communities worldwide

Together with its workforce DPD offers the best possible service for its customers, for the planet and for society. With the DPD Foundation, we support employees and their families in need, as well as children and young people worldwide.  As a result our employees are involved in causes close to their hearts and we say thank you to communities everywhere.

2500+ people were helped in Germany and developing countries in 2020. 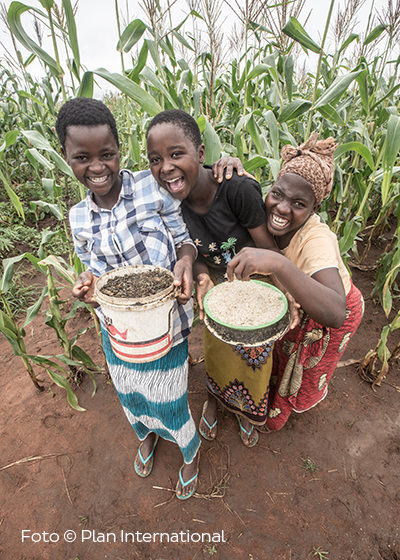 What are the focal points of the foundation's work?

DPD Germany is committed to acting as a proper and conscientious member of society and to assuming social responsibility - above and beyond its actual core business.

The focus of the DPD Foundation's commitment is threefold: firstly, the DPD Relief Fund, which is integrated into the foundation, helps employees, transport operators, delivery personnel and sorting hall operators and their relatives who suddenly find themselves in an emergency situation through no fault of their own. At the same time the DPD Foundation sponsors the children's aid organisation Plan International.  DPD Deutschland GmbH apprentices are actively involved as sponsors and interact with the children from Africa, Asia and Latin America.

In addition, the DPD Foundation supports the Plan International aid organisation in projects in Africa, commencing in Rwanda from 2016 to 2021 in children's and youth education projects. After these projects were successfully implemented and completed, with the prospect of having created good opportunities for young people in the long term, since January 2022 the focus of the commitment has been on Malawi. The projects there are all about food security in times of climate change.

Why was the DPD Relief Fund set up?

Anyone can suddenly find themselves in a financial emergency through no fault of their own - whether through illness, the forces of nature, an accident or special family circumstances. We therefore want to help DPD employees, transport subcontractors, delivery personnel, sorting hall operators and their relatives in the event of personal misfortune.

The DPD Relief Fund was set up especially for this purpose. It pursues charitable aims - as does the entire foundation - and regularly provides quick and flexible financial assistance when the social safety net is no longer effective. The board of trustees determines who is financially needy and entitled to support from the fund. Since the DPD Foundation was established in 2016 we have already been able to help around 80 members of the DPD family.

How can employees get involved with the Foundation?

Employees can get involved in many different ways. They can make a voluntary monthly donation, opting to give the amount of cents behind the decimal point of their net salary or an amount of their choice.

At present, more than 6,000 employees are involved in this «Rest Cent» initiative. In addition, there are regular fund-raising campaigns - for example a raffle or a bake sale - at many depots and locations. The proceeds then go to the Foundation.

What is the aim of the new project in Malawi?

Malawi is one of the poorest countries in the world and has major economic problems. In many areas there is a lack of important infrastructure such as the kind of irrigation systems that enable sufficient crops to be grown even during periods of drought. In Malawi the majority of the population lives on subsistence farming, which means that people mainly grow and harvest their own food. When harvests collapse in times of drought, food prices rise because of the shortage of water and people are acutely threatened by hunger. Children under the age of five are particularly at risk. Almost 40 percent of them are affected by nutritional underdevelopment.

The DPD Foundation has been supporting the Plan International project "Strong in times of climate change" in Malawi since January 2022. The aim of the project is to train men and women within two and a half years in the sustainable cultivation of food as well as its processing and preservation. In order to cultivate their fields more successfully, people learn how to practice forms of agriculture which are adapted to the climate. In addition, existing irrigation systems are being renovated and new ones built, so that sufficient water is available even during periods of drought. In a further project, community training for disaster preparedness is taking place. In this programme people learn construction techniques so that their houses can withstand storms or floods and provide them with a safe home.

Participants in the various training sessions act as ambassadors for food security, agriculture and disaster risk reduction in their communities. They pass on their newly acquired knowledge and thus around 12,500 people in Mulanje and Machinga districts benefit.

Through these measures, we secure the livelihoods of the local people and make them more independent of extreme weather conditions.

Why did the DPD Foundation get involved in Rwanda in particular?

After the genocide in the 1990s Rwanda continued to face huge development challenges. Although the country has achieved great success in many areas, there is a considerable backlog in child education: the enrolment rate in kindergartens and nursery schools, for example, is only 18 percent.

In order to effectively improve the conditions and educational opportunities for children, the DPD Foundation supported the aid organisation Plan International in various projects in Rwanda from 2016 to 2021. In a first step we funded the establishment of four early childhood education centres for children up to the age of six in the project "Early learning support for children". With this education project we succeeded in creating better prospects for around 2,000 children. Among other things three new early childhood development centres were built and equipped with play and learning materials. Fifty members of the community were trained as care-givers for small children and - in order to improve the economic situation of the families - 50 savings groups for parents were set up. This gives them the opportunity to save money and obtain small loans for investments.

In 2019 the second education project started: in this case the DPD Foundation provided funding for the three-year child aid project "Good education for children". This improved the educational situation of a total of 11,000 children in 20 schools and 25 kindergartens in the Bugesera and Nyaruguru regions.

Social responsibility is a top priority for us

We support people in difficult situations locally and worldwide 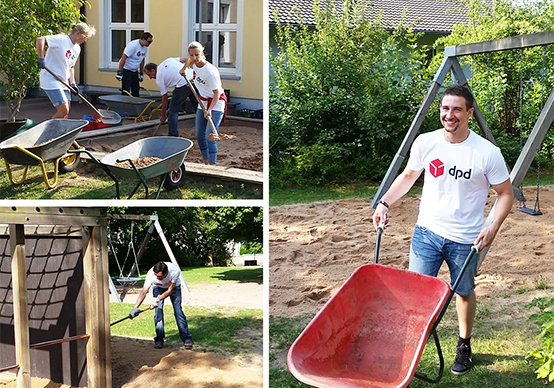 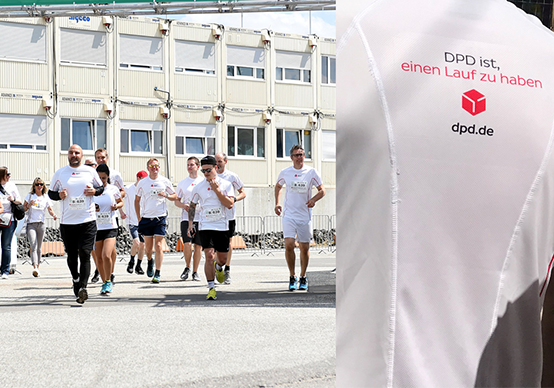 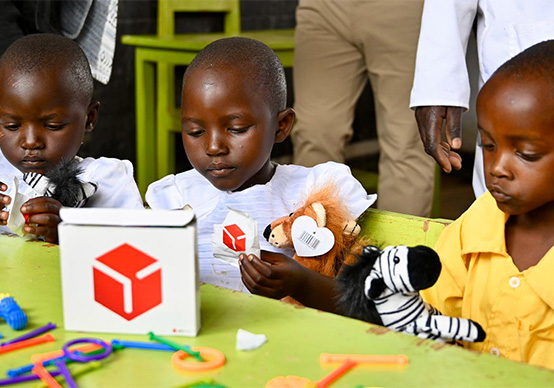 DPD Volunteer Days
DPD regularly organises Volunteer Days to support local projects. Whether it's helping out at the local animal shelter and social department stores or collecting rubbish - since 2010 more than 650 volunteers at the Aschaffenburg site have lent a helping hand on around 70 Volunteer Days.

Charity run
DPD employees run for a good cause. Our employees regularly sweat for charity in both local and nationwide charity runs, such as the 2020 Sports Aid virtual run.

Sponsorships
DPD trainees have had the opportunity to take on direct social responsibility by sponsoring children since 2017. Currently, trainees are in contact with more than 40 sponsored children from Plan International worldwide, writing letters and receiving reports several times a year.

DPD Germany has signed the Diversity Charter. In doing so, the company emphasises the importance of a diverse workforce. In future, too, DPD aims to promote diversity in the world of work, and to actively offer all employees equal opportunities within the company.

To further increase our employees’ and partners’ involvement in community initiatives. 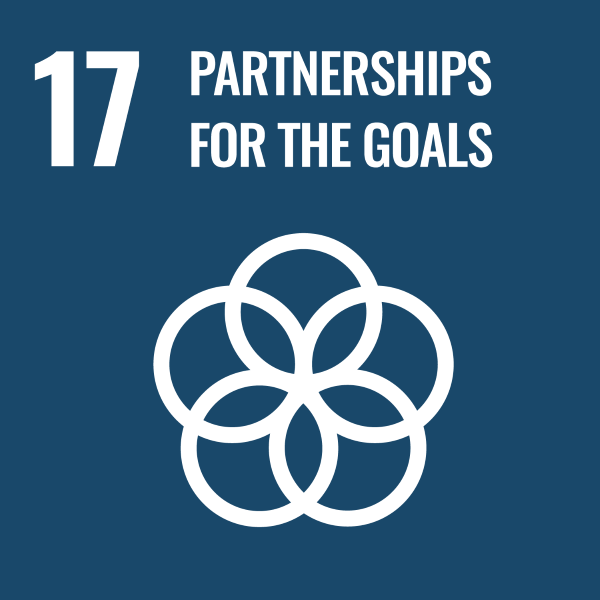 To further increase our employees’ and partners’ involvement in community initiatives.

of the eco-selective e-shoppers in Germany say that they are concerned about the impact of e-commerce on society.

Inform your customers about carbon-neutral parcel delivery with our climate logos.

Did you know that deliveries in Hamburg city centre are mad exclusively with emission-free vehicles?

Dedicated to helping local enterprise thrive, through our expertise