Aschaffenburg/Paris, 27 February 2020 - In 2019 the international DPDgroup successfully continued its uninterrupted growth: compared to the previous year the company increased its revenues by 6.7% to 7.3 billion euros. Its transport volumes remained stable at 1.3 billion parcels. With growth of 9% the B2C segment was also expanded further.

We are not volume-obsessed. Our 2019 performance is driven by profitable growth. As a market leader, it is our responsibility to pave the way toward a better pricing policy."

Yves Delmas, Executive Vice President, COO Europe, comments: “We are not volume-obsessed. Our 2019 performance is driven by profitable growth. As a market leader, it is our responsibility to pave the way toward a better pricing policy. Covering the increasing operational costs throughout Europe while improving our service performance as a premium player can only be made possible by fair pricing that our customers understand.”

As first cross-border road network in Europe with its own operations in 23 countries, DPDgroup reported particularly strong sales growth in Poland (+18%), the UK (+5.7%) in a context of economic slowdown and uncertainty in light of Brexit, France (+5.5% by DPD France and +6.6% by Chronopost), and Germany (+4.5%) in an environment of increasing costs.

On 29 January 2020, the European Parliament ratified the Brexit withdrawal agreement that had been ratified earlier in January by the UK Parliament. DPDgroup will closely follow the progress of negotiations and ensure being Brexit ready for all outcomes. Above all, DPDgroup will maintain operations as usual between the UK and the EU so that trade continues to be as frictionless and smooth as possible

Premium services lie at the heart of the Group’s strategy 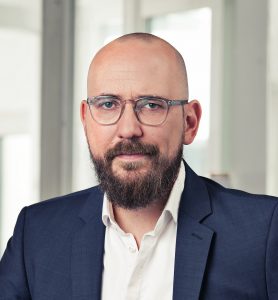 Image: In the top position throughout Europe: parcel delivery with DPD